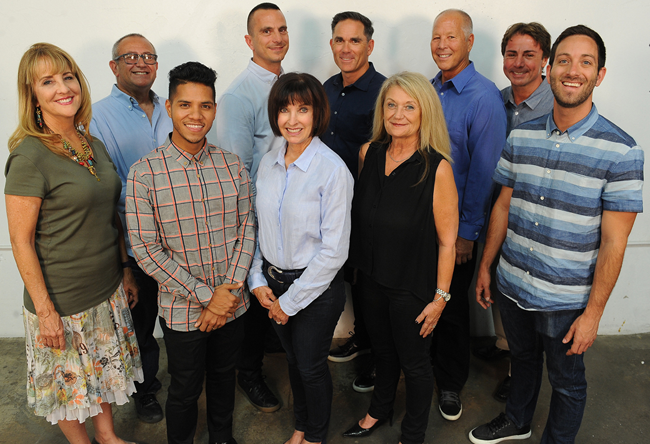 STC-QST is located in the Los Angeles Garment District with over 85,000 square feet of general warehousing space and a fleet of delivery trucks. STC-QST is committed to supplying apparel manufacturers with consistency and transparency throughout our supply chain – while providing the finest and most competitively priced selection of apparel components.

Our History in the Apparel Component Industry

In 1972, Doug Weitman founded Security Textile Corporation (better known as STC) which soon became one of the largest manufactures of shoulder pads and bra cups on the West Coast. In the early 90’s Doug’s son Brian, a graduate of USC’s Marshall School of Business Entrepreneurial Program, stepped in to take over the family business.

As the local manufacturing industry shifted to the rapidly growing demand for denim and jeans-wear, Brian expanded the company’s focus to include pocketing and specialized fusible designed specifically denim applications. STC-QST continued to evolve with the industry. As the local apparel markets began to globalize, Brian reinforced his commitment to being “everywhere apparel is manufactured”. In 2008 he established a Joint Venture with QST, one of the largest apparel component material suppliers in the world, forming STC-QST.

Commenting on the merger, Brian states, “As a company, we are positioned to service the dynamic needs of today’s apparel manufacturers both domestically and overseas; there are a lot of synergies in this merger that our customers will benefit from. Whether our customer is 100% import, 100% domestic or any blend in between, STC-QST will be able to add value as your supplier. We now have the capability to inventory the same products we carry in LA in any of our 38 global locations.”

As our company enters the new millennium, STC-QST is uniquely positioned to serve the garment industry on a global basis, with the finest Apparel Components. With offices and distribution centers in the USA, Mexico, Guatemala, the Dominican Republic, Colombia, Hong Kong, China, Pakistan, India, Vietnam, Tunisia and over 30 other locations around the world, STC-QST is committed to supplying manufacturers with consistency and transparency throughout their supply chain.